This weekend we had quite the coup on the financial front. In short, we saved $3000 in a single weekend. The largest portion of these savings is very counter intuitive. Specifically, it is something we *didn’t* do that resulted in the savings.

Our sidewalk has sunk  down into the ground quite a bit and we need it back here on earth. To do this we were considering hiring a contractor to repair and replace our entire front sidewalk. 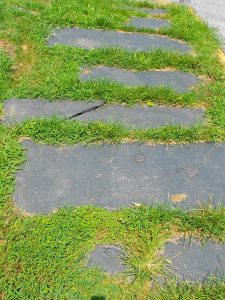 We diligently obtained lots of quotes – some as high as $8000 and one  contractor quoted us is a good deal at $2000. And the contractor seems excellent. And the firm is made up of U.S.  military service veterans.  So, heroes.

And then we paused.

We are all correctly hardwired to an action for bias. But to pay for school means to prioritize spending in a most singular way. And that often means *not* taking action. After some thought we decided to pass. $2000 saved immediately. There are lots of other much lower cost options available to us. The alternatives aren’t as quick, or as fancy looking, as a new slate sidewalk. But a $40 slate patch serves a more important purpose.

Many people say this and I can’t stress it enough; The most effective way to save money is to not spend it.

It is not the 2 for 1 deals, coupons or thrift stores that get it done. Those are indeed effective tools – but only after not spending is considered as the first choice.

The saving super power of not doing anything is often forgotten. It goes against our bias towards action.

And it is sacrifice. That is what is required to pay the tuition for someone else. Embrace it. The lower cost solution still meets the need and makes room for something more valuable. It also has the benefit of keeping us from getting a little too proud or having the neighbors get envious of a brand new slate sidewalk. Instead they will see a nice and neat, but uninspiring, repair job.

The remaining $1000 was saved on a train trip using an Amtrak rewards card. We had enough points to take a required family trip for free. Score! This is what most of us will get excited about. Goods and services for free! Points! Free travel!

I want to reiterate that this isn’t where the magic happens. It happens on the cracked and aged (but still serviceable) sidewalk staying that way. Boring, simple and requiring no action. Embrace the self-restraint and acknowledge that it is difficult to do. The children aren’t the only ones who get an education from a private school. 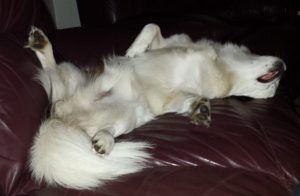 Do nothing – Source Wiki Commons

$3000 saved in 2 days, most of it through pausing and then… doing nothing.

Are you sure you can’t afford  to pay for private school?