What your child needs and how it connects to education

In the early 1940’s Abraham Maslow published an article entitled A Theory of Human Motivation in n Psychological Review magazine. There he described a hierarchy of needs which include physiological, safety, belonging, esteem and self-actualization. They are a hierarchy because if you don’t have the basics of reliable food sources and safety (the base) in place that will be your focus until they are in an acceptable state.

It is the highest level, the self-actualization part (morality, creativity, spontaneity, problem solving, critical thinking), where private school can help out. During my own private education I certainly didn’t appreciate the time we spent on faith, spiritual development and intentional creativity.

Later in life I was stunned to meet colleagues who have excellent technical depth in their chosen field but limited development in other areas. Many of them suffer from uncertainly, lack of trust and a feeling of being trapped.

At one work place the lack of civility and empathy became so severe that training was required for all employees. The training has clear guidance on things like “talk straight”.

Think about that for a minute. Talk straight is a nice way of saying “do not lie”. Many of my colleagues struggled to master these new skills and often revert back to old patterns. How horrible it must be to go through life to not be trusted and to know you are not trust worthy. That self-actualization need will be is a very tough rung to reach for some of my colleagues who are their core are good people. 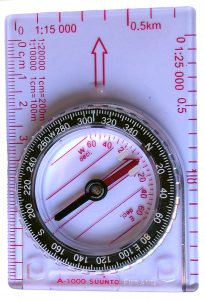 It dawned on me that my 12 years of theology, day after day, week after week, year after year, ever so slowly, gave me a firm foundation. Private schools have the freedom to teach a value system that matches your own.

It’s not about the academics

I have said it before here but I want to re-iterate to those of you considering private school for your child but didn’t attend one yourself; it is not about the academics. Focus on who your child becomes, not the facts and skills they know. Give them that firm foundation.  My child has been at his private school for almost 10 years. I still don’t know the schools relative academic standing to other private schools or the nearby public schools. The academics simply has to be good enough in my opinion.