My experience in private school

I was lucky enough to attend a private parochial school and then a private high school. For college I went off to a state school. The differences were stark.

Service as a framework

Specifically, the private school saw education as a tool to be used to serve a greater purpose. The additional knowledge, skills and understanding would be of use to understand oneself, the natural and physical world, abstract concepts and cultural and organizational behaviors.  The stated goal was learn as much as possible to save the world, not to collect a paycheck. It is not about being the best – it is about being that best you can be. 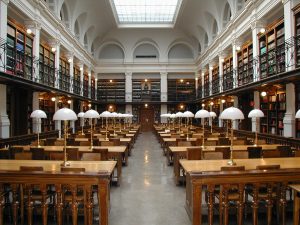 This in turn is set in a rigorous spiritual framework to determine how to use this knowledge. Countless examples from history and present day are highlighted as role models. Year after year the greater purpose of service to family, country and the undeserved is stated and then put into practice.

My experience in a public college was confusing. It was just about the technical skill with dabbling in other technical domains. The spiritual framework was not only no longer present, it was actively ridiculed.

When I graduated from my under graduate program I thought I had learned so much more in my private school. I still think that is true.

While I was in private school, I found the extra rigor difficult, stressful and burdensome. I didn’t question its value but it is a lot to take in.

Now, years, later, in the work place I am so grateful for it. I am no saint by any measure but I am stunned by coworkers who struggle with basic concepts of morality. Their own behaviors cause them isolation. They know something isn’t right but can’t quite place their finger on it. And a one week how-to work-with-others techniques won’t fix it. Lessons on empathy, love, altruism, sacrifice, the equal worth of all and countless other lessons can’t be learned in a week. They must be seen, modeled and experienced over years.

One example I see regularly is that of truthfulness. One view of truthfulness is that it is a way of showing respect to all, an expression of love and trust, a higher principal to strive for and a representation of your own morale standing. Another view is that it’s something that I should do because it’s good and I might get in trouble if I don’t tell the truth.

In the first framework the person comes from a position of truthfulness as a way of helping others. Of being fair. The second framework builds it as a rule that must be followed.

I feel so bad for them. And I feel that I have an unfair advantage at work. It shows up as a higher paycheck as well – but, as you have gathered by now, that isn’t the point of it all. 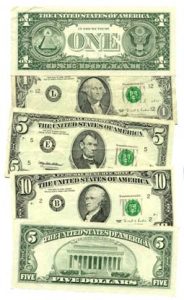 The first person values their own moral compass more than a specific job or company. They can be trusted when no one is looking. The second person is pretty trust worthy – most of the time.

And they can be entrusted to run large organizations where reputation and integrity are paramount (which is most of them).

Private and public schools both produce but types of people. There is no monopoly on morality. But the odds are so much more in your favor in a private school that focuses on doing things the right way in addition to doing the right things.

Consider the stated mission of a few private schools in my area compared to the public schools (both the private and public schools are excellent so there isn’t a problem with either).

Some  of the private organizations are religious and some are not but realize their entire program and curriculum is based on their missions.

Some folks prefer the focus of the public school missions. Others prefer the variety available with private schools. You must decide what is best for your children. And it is a very simple question. Fast forward 40 years. Which of these school frameworks do you hope your child internalized in their formative years?

Tips and tricks – the paying for private school links page

Who should go to a private school?