That is One Long Cable!

Eleven years ago we moved into our current home. And the previous owners had not installed cable television. To get it installed meant an all day visit and lots of holes would have to be drilled into the relatively intact walls. And then we would have a $100 a month bill.

We put it off. Then we thought about it. And then we passed on it and just used Netflix and then eventually Amazon Prime for videos and a fancy “digital” antenna for local television stations.

In the first year we spent $1200 less than we would have otherwise. Importantly, we missed all those advertisements that likely would have increased our spending even more. Ten years later we had avoided $12,000 in costs. 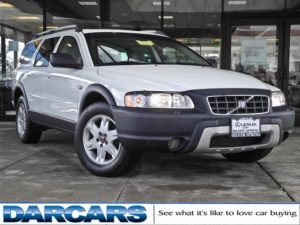 Battle Wagon – New to us!

By skipping on the cable expense for the decade prior we essentially got a free car with all the gas it will need for many years paid for up front. And that is good because we need to pay the tuition bills.

Limit those little expenses. They add up quickly.

A Tale of Two Dishwashers